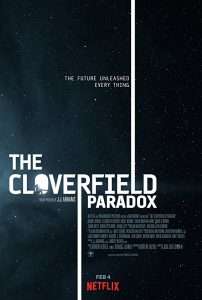 There is a scene in which a character is trapped in compartment on the space station that quickly fills with water. Before her miserable end, she appears – now fully submerged – at the hatch and puts her hand on the window in a gesture to say good bye to her friends, which is exactly what Charlie did (with “Not Penny’s boat” written on his palm) before he drowned. 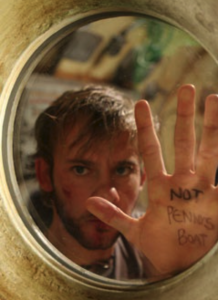 One the alarm sounds in the space station seemed to be the same as one in the LOST hatch.

During an anomaly that occurred in the space station, one wall became highly magnetized and metal objects started flying there, getting “stuck” on the wall while putting a character at risk. LOST fans know that the same happened in the Swan station during “system failure”.

Talking of which, on the space station two keys have to be used to activate the Shephard (in LOST, Jack’s last name which is alluding to his role among the survivors), which appears somewhat similar to the failsafe key used by Desmond during system failure. 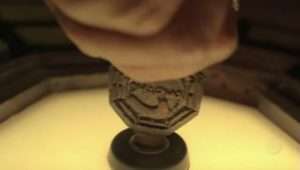 I might need to watch the movie again to see other similarities, but these are the main ones for now.

By the way, due to LOST, I became a huge fan of Michael Giacchino’s music as well. I was surprised that he was not involved in this movie’s soundtrack, but the music is nonetheless worthy of listening to on its own.