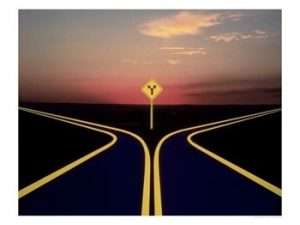 I have in the past been accused of being a creature of habit, a person governed by routines: I tend to frequent the same restaurants, visit the same neighborhoods and locations, usually eat from a number of favorite dishes, watch similar movies in the same theaters, etc. I like certain types of vacations in certain types of places. Once I’ve found certain products I like, I keep buying them and shop for them in the same places.

While I might be a more extreme example, I am sure that to some extent most people tend to stick to their patterns as well (maybe except for the most spontaneous of people). (Apparently there is even evidence that there are roots in human evolution that prevent children older than 2-3 years from trying new food.)

But what is so bad about trying something new, driving a different route to work, ordering untried menu items in new restaurants? What’s the harm in changing your patterns and doing something different than you’ve always used to do? While there is most of the time an obvious, actual cost associated with the choices we make, that monetary cost may not be overly significant or prohibitive. However, there are other, less obvious reasons, hidden costs, that make us stick with “the same”. So here’s my attempt to argue for “sticking with the known”… (Read More)